Hey Cav med guy...where ya been? If you haven't been visiting this site often you may have missed some of the articles. Not to worry - gotcha covered. Visit our
Old Front Page News and you'll be able to catch up with past articles.

I ran across this article on another site and then followed it back to the Vietnam Veterans of America. It is provided FYI. https://bit.ly/2WYCkzD

Myth: The common belief is that the fighting in Vietnam was not as intense as in World War II.
Fact: The average infantryman in the South Pacific during World War II saw about 40 days of combat in four years. The average infantryman in Vietnam saw about 240 days of combat in one year thanks to the mobility of the helicopter. One out of every 10 Americans who served in Vietnam was a casualty. 58,148 were killed and 304,000 wounded out of 2.7 million who served. Although the percent that died is similar to other wars, amputations or crippling wounds were 300 percent higher than in World War II. 75,000 Vietnam veterans are severely disabled. MEDEVAC helicopters flew nearly 500,000 missions. Over 900,000 patients were airlifted (nearly half were American). The average time lapse between wounding to hospitalization was less than one hour. As a result, less than one percent of all Americans wounded, who survived the first 24 hours, died.

Pain May Be Considered A Disability

Apparently, the Court of Appeals for Veterans Claims misinterpreted a disability benefit statute when it ruled that Melba Saunders’ knee pain could not, in the absence of a specific diagnosis or other identified disease or injury, be considered the basis for benefits, a three-judge panel ruled in a precedential decision.

The latest article about the 15th Medical Battalion in Vietnam is now available on this Web site under Informational/Historical Documents/Saber Articles. Mike Bodnar faithfully pens this article each month for the 1st Cavalry Division's Saber newspaper. We have back articles all the way back to 1999. So if you're stuck indoors for a while, why not browse through the old articles - it's interesting reading.

Larry (Gray Ghost) Hatch has a reunion location suggestion. Members of the 15th Med Bn., Air Ambulance Platoon (AAP), have held a mini-reunion every August in Peru, IN, in association with American Huey 369 Org. Members in attendance are offered a flight on the very same helicopter, Huey 803, which flew AAP Med-Evac missions in Vietnam from 1965 to 1967; 803 was restored to flight status in 2009 and flies at several nation-wide events every year. 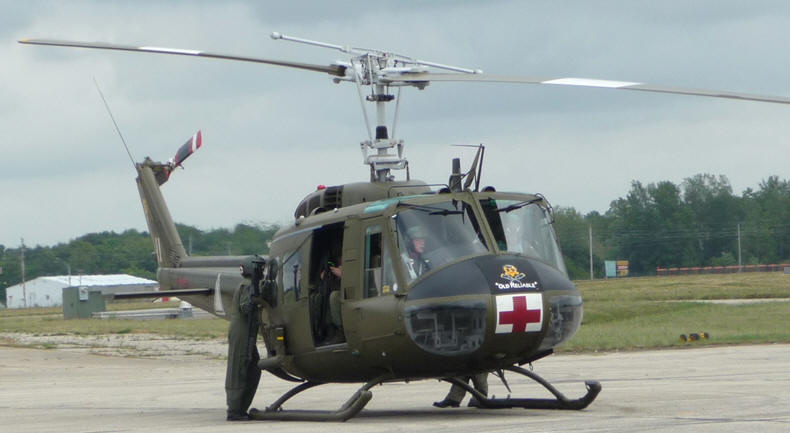 John Walker, founder of American Huey 369 , has offered to sponsor a fly day for 15th Med Bn. Members on Saturday 12 Jun 21 in Peru, IN if we were to hold our annual reunion in Kokomo, IN. Moving the reunion to June is quite a departure from the historical April reunion every year but it offers a once-in-a-lifetime opportunity for members, their family and friends, to fly on our very own Med-Evac helicopter and experience the basic part of the Battalion’s mission, to save lives.

Dan and Betty Korty have talked with hotels in Kokomo, which is approximately 20 miles East of Peru, IN, about hosting a reunion in June 2021. Kokomo, IN, has every eating establishment you could want. The host hotel would provide a Sunday banquet dinner. Indianapolis Airport is 90 minutes south of Kokomo, IN.

I will have details to present at the business meeting in Boise, ID and the membership can decide and vote on having a June 2021 reunion in Kokomo, IN. 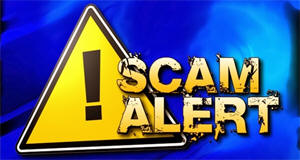 Regulators at the Federal Trade Commission (FTC) are warning veterans to be on the lookout for fake check scams, which appear to be running rampant among the veteran demographic. In an update posted this week, regulators stated that fake check scams led the way in terms of individual median losses last year, at nearly $2,000.

“The FTC’s Sentinel Network database shows that people reported more than 27,000 fake check scams in 2019, with reported losses topping $28 million dollars,” the agency said. “Veterans are hit especially hard. Last year, veterans in their sixties were more than twice as likely as people 30 and younger to report losing money on a fake check scam.”

How The Scam Works

There are several different variations of the fake check scam, but each one involves a veteran being contacted by the scammer. The scammer usually sends the veteran a seemingly real check or deposit with instructions that they send some of the money on to a third party.

Since the money actually appears in the veteran’s account, the scam might seem legitimate at first. For honest people, sending the money on might not be too much of an ask - but there’s a hidden catch. When the veteran’s bank finds out that the check is fake, they will remove the fraudulent funds from their account, meaning that the money that was sent along was fully paid out by the veteran.

If you recall the days when Army Aviation Digest was delivered, you may be interested in knowing that the Digest is now published online. The focus of the Digest these days is the Aviation Branch and combat operations. In other words, you probably won't find many articles about medical air ambulances. But it's free, so check it out. If you would like notification of when the most recent issue is published, it is as easy as clicking on the ‘Subscribe Aviation Digest' link.

We've got over two hundred names of soldiers that served with the 15th Medical Battalion but we have no way to contact them - no address and no e-mail address. We'd appreciate you taking the time to scan the Lost and Missing Members List and seeing if you know how to contact any of them. If you do find someone you are in contact with, please ask them to visit this site and fill out the Contact Us form or you complete the form for them.

Thanks to the tireless efforts of our historian Terry McCarl and for the money put up by Corky Walsh, we've been able to add two new documents to our site; Activities Report 1 Jan 66 - 31 Dec 66 and Annual Historical Report 1 Jan 70 - 31 Dec 70. Both make interesting read so check them out for yourself by going to the Historical Documents section of this site.

The database making up the Unit Member Search has been scrubbed to make it as accurate as we can at this time. All e-mail addresses were checked for currency and "dead" e-mail addresses deleted. This leaves many members without an operating e-mail address associated with their data. I need your help in filling in the blanks. Please search for friends you served with and if you notice an individual's name doesn't have an e-mail address, but you known what the e-mail address is, then please e-mail me. Thanks.